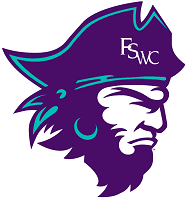 John Holik was born and raised just east of Saratoga Springs, New York. Whether he was skiing, or ice fishing throughout the long, cold winters, hunting in the spring and fall, or swimming at his grandparents’ Mountain Lake Camp in the summer, Mr. Holik could be found enjoying the Adirondack Mountain region with friends and family year round. While pursuing his BA in Psychology at SUNY Oswego, an overseas internship with The London Underground expanded his horizon far beyond his wildest imagination. The internship eventually turned into a paid position which, in turn, afforded him opportunities for travel to Switzerland, Italy, Greece, and Turkey.

Following the completion of his degree in the States, Mr. Holik headed to Charlotte, North Carolina where he soon began his teaching career. Over the next ten years, he added certifications in special education, math, and science, as well as a Masters in Educational Administration. He and his wife Amy, along with their son, John, and their Border Collie, Ellie, moved to Fort Myers in 2010. Besides visiting with loved ones, the Holik’s spend their summers touring our National Parks and the greatest cities of America. From the foothills of the Adirondacks to the sub tropics of Southwest Florida, new horizons are always being explored. Paddle boards have long since replaced skis and the swimming takes place off of the Gulf’s sandy shores instead of spring-fed mountain lakes. All the while, friends and family still remain at the center of what is most important.

Entering his seventeenth year teaching, Mr. Holik is excited for the opportunity to share his enthusiasm for education and the experiences it can provide with the students at Florida SouthWestern Collegiate High School.